One of the liveliest, most famous beaches of Santorini, found at the southeastern part of the island. Great choices for food and activities. Perissa is a coastal village, located on the southeastern edge of the island, 13 kilometers away from the capital. It lies on the south base of Mesa Vouno mountain and is believed to be the place where the ancient city of Elefsina used to stand. The reason most visitors come to Perissa is to take pleasure in the extraordinary beach, which is characterized by deep, dark blue waters and black lava sand. It is fully-organized with sunbeds, umbrellas, beach bars, lifeguards and a playground and it has received the Blue Flag Award. On top of that, there are water sports facilities, diving centers, a water park and a beach volley area to boost your experience. Perissa beach connects with Perivolos and there are plenty of nightclubs, restaurants, taverns and cafes to choose from for jolly moments, day and night. In the village you can find mini markets and many other shops with clothes, souvenirs and anything you may need. On the summit of the mountain Mesa Vouno are the ruins of Ancient Thera town, a prominent archaeological site with various eminent monuments. It is worthy, apart from its historical importance, for the fabulous views of Perissa and Kamari villages. A grand attraction is the Museum of The Minerals and Fossils of Thera which was founded in 2006, in Perissa. Inside you can witness arresting minerals and fossils, not only from Thera, but also from the rest of Greece and other countries. The museum holds exhibits that can transfer you 1,5 billion years back in time and enrich your knowledge on the evolution of man and every kind of life. As in the rest of Santorini, you can visit some notable churches and chapels in Perissa village, equivalent to the beauty of the island. One of the largest churches in Santorini lies in the central square of Perissa, the church of Holy Cross. On the slopes of Mesa Vouno mountain, built on an enormous rock, is the tiny, white washed chapel of Panagia Katefiani, from where you can enjoy a tremendous view. Last but not least, at the foot of the mountain you can explore the remnants of the Basilica of Agia Irini that is presumably where the island took its name from. Easily reachable by car or bus, it has many glorious hotels and villas, comfortable apartments, studios and even a campsite for a pleasurable stay. 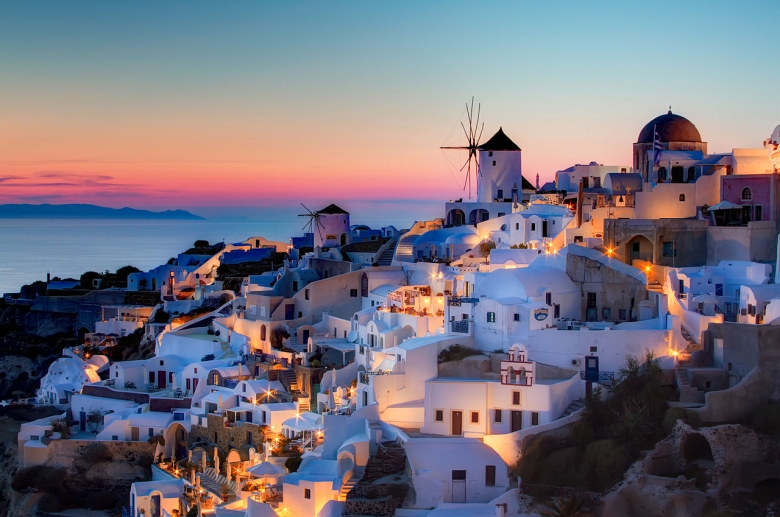